I am having what I can only describe as an epiphany! Last year I was thinking quite a lot about moving back to Denmark… I do this intermittently. I was born there, lived there until I was eight/nine years old. My grandparents stayed there and I spent my summer and winter holidays there for many years. My larger family still lives there and about 12 years ago my parents moved back there. It seems that no matter how long I live in England, I will never be 100% English, though most of the time I do feel it, I still have so much Danish in me. I often think of moving back and then suddenly I dismiss it for one reason or another.

This time it was because I had the opportunity to take on the studio and I have no regrets about this at all. I am however experiencing something I have not experienced before on the same scale and that is a clinging, a yearning, for scandinavian things – music, art, books – and it seems to me that if I can indulge in these things here, and continue to follow both the old culture and the new pop culture, then I will have no need to actually move there.

So what does this have to do with photography? Well, I have realised that my some of my studio photography has been developing and moving in a different direction to what I expected – especially the boudoir/Essence of Woman project. My photography is much darker than I thought it would be (what did I think? I am not sure really). By dark I don’t mean gory, scary or mean, I simply mean that I love the darkness within it, the dusk, the shade and the shadow with shards of light, as opposed to the white and the bright! I have been watching quite a lot of Danish crime series – The Killing and the Bridge and not forgetting the excellent Borgen and Swedish series like Wallender and films like The girl with the dragon tattoo and Babettes Feast. I have also been reading a lot of Scandi crime novels – some Danish, Swedish and Norwegian – (from authors such as AAse Larsson and Jo Nesboe to name only a few) and I have only really been doing that in the last couple of years. So what I am trying to say is that I feel that all of these, including my own ancestry and love of many things Danish, must be having some influence on my photography – more so than I realised.

At first I was liking my photography to Film Noir… well there is not a French bone in my body and apart from loving Paris, I have never been particularly fond of French Film Noir – nor of their singers or musicians. So whilst I was watching The Bridge the other night, listening to the exceptional theme tune Hollow Talk By the Choir of Young Believers, I started to realise that what I was actually influenced by was not Film Noir (as such, though black and bleak it still is), but instead I am very obviously influenced by the country and continent of my birth; the ice cold winter days, the snow and the darkness, the candles in all the windows, the feel of the dry, chill wind on your face, the birthday cakes with flags on, the well-lit streets of Copenhagen against the black sky, the warmth of the schnapps as it trickles down your throat on a freezing cold xmas day, the long bus journeys in snow boots and hats and gloves, the heat of the radiators on the trains that make your face go red whilst the snow falls  on the windows and your hands struggle to soak up that heat, and the dark underground bars and cafes that welcome you in with Brunkager and hot coffee. It is this that my creativity seems to draw upon in my photography. It IS the light (without light there is no photography), but it is the candle light, the glimmer and hope of the light, the cold and the darkness as we wait for the light and longer days of springtime, that is my influence. It is the candle light that beckons me – the candle light that creates ‘hygge’ (a sense of cosiness – though it means so much more) and the harsh unrelenting winter walks along the beach, and the wind – that crazy northerly wind that makes everything feel like it is 10 degrees below what it actually is – that pushes me forward whilst holding on steadfastly to my past.

It is a bit of a revelation. I have never before sought out Scandinavian music to find the soundtrack to myself or my creativity, until now. The music I have been listening to as I work has been dark, bold, soft, gentle, open, unforgettable, cold, brash and very Scandinavian – there is a real purity in it – almost like ice – sharp, soft, gentle and strong and very beautiful. It has evoked memories of urban cities as well as dark dense woodland, bright, light and carefree summers, and comes with a big black line drawn under it that makes it unmistakably Scandinavian – all of it, albeit, sung in English – and yet that too is unmistakably Scandinavian, as I don’t know a single Dane that cannot speak fluent english.

So the point of this? Well there isn’t really one.. just that I am musing…musing about the thought of sounding so english, yet being so Danish and how one’s true nature will inevitably always appear if one is creating something like art, literature, photography etc because I don’t think it is possible to lie about one’s creativity as it has to come from the heart, from one’s soul, one’s essence – and my essence is obviously still very Danish.

Error: Twitter did not respond. Please wait a few minutes and refresh this page. 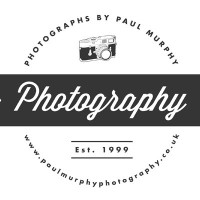 I have people to kill, lives to ruin, plagues to bring, and worlds to destroy. I am not the Angel of Death. I'm a fiction writer.

Some Memories... Some Experiences...

Where mind, body and soul matter

Vegetarian and vegan food to delight and inspire

the Wheat and the Chaff
A walk with my camera

all about human interests